There are 3 cards tagged Wool House

The earliest parts of the building known as the Woolhouse date from the 12th century and is was known by the Cistercian monks of Beaulieu Abbey as a store for wool about to be exported to Europe. Later it was used during the napoleonic wars as a prison (original prisoner graffiti can still be seen carved into the beams) and had various uses as a warehouse or store. From about 1908 to the mid 1920's, the building was the premises of the Moonbeam Engineering Company. From 1966 until 2011 it housed Southampton's Maritime Museum and, most recently, it has be used as a pub and brewery. 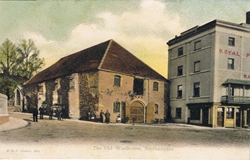 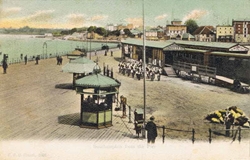 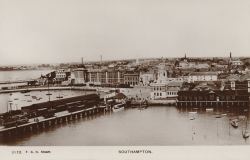